What is Japanese sake? 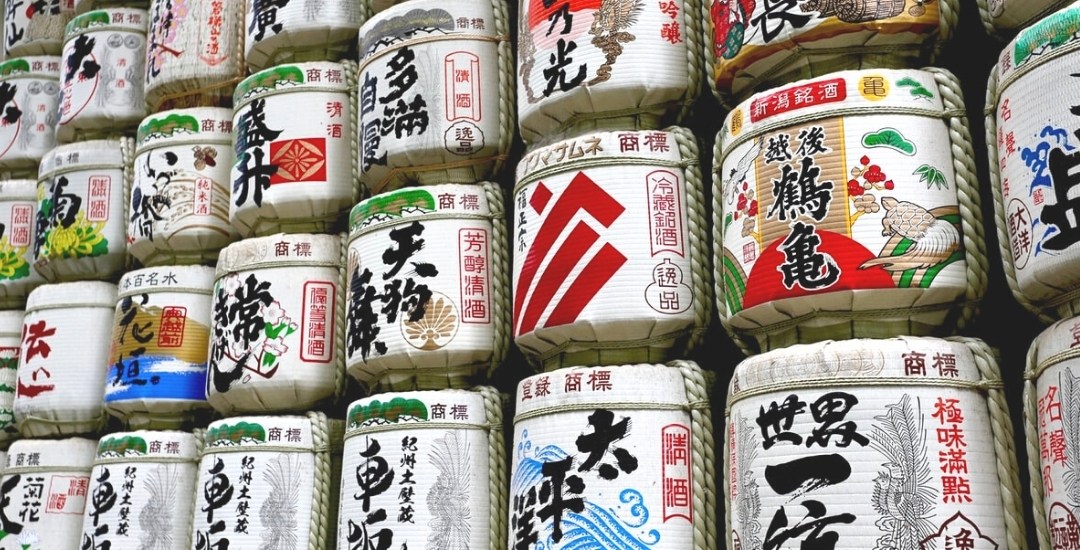 Sake Barrels at a Japanese Shrine

Sake is a Japanese alcoholic drink, made from rice. What we know as sake is also known as nihonshu (日本酒) or seishu (清酒) in Japan and on your sake bottles. So do look out for  “日本酒” or “清酒” next time you are dining out in Japan.  This Japanese alcoholic drink has been gaining worldwide popularity; it is now often found served even outside of Japanese restaurants and establishments. This is because people are recognizing it be an all-rounder drink that can be paired with a huge variety of cuisines.

The sake brewing process is a delicate and complex one, dating back over 2,000 years. Though having advanced over time, the process is still reliant on the same few ingredients, responsible for sake’s rich, refined taste. This means that ingredients in making sake play a very important role. Sake is mainly made up of rice, water, rice koji, and yeast. However, the three main ingredients that is said to make a good sake consist of rice, water and mastery. 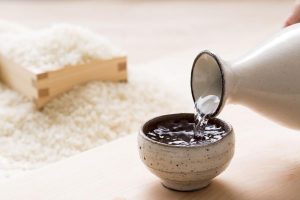 Rice
Rice used in sake brewing is different from our everyday cooking rice. Sake rice is bigger and has more starch, protein and fat content in it. While the type of rice used in the brewing process is important, the way they are planted also affects the quality of the resulting sake. Even the distances of which the seedlings are planted at play a part in the final taste!

Water
The quality of the sake also relies heavily on the water used throughout the entire brewing process. The top-grade sakes are brewed with only the finest waters, or also known as miyamizu water, for their softness and mellowness. Minerals and/or chemicals in the water may affect the fermentation process of the sake, giving it a different mouthful.

Rice Koji
Koji is steamed rice that contains koji mold. Koji mold is used to make a variety of Japanese food, including soy sauce, miso and sake. Sake rice does contain the right enzyme to convert the starches in rice into sugar. Hence. koji helps to break theses starches into sugars to be fermented.

Mastery
The toji master brewers’ level of skill is actually one of the most important ingredients in the whole process – trained in the ‘five senses’, their heightened skills are paramount in regulating, adjusting and maintaining the sake in an optimal state throughout the complicated brewing process.

How is Sake Brewed?

Ever wondered how sake is brewed? Here’s an exclusive peek into the Kiku-Masamune (菊正宗 酒造株式会社) brewery and their authentic Kimoto sake brewing methods!

How is sake brewed?

🤔 Ever wondered how sake is brewed? Here's an exclusive peek into the Kiku-Masamune (菊正宗酒造株式会社) brewery and their authentic Kimoto sake brewing methods! 🍶

Ingredients, how and where it is made all play a part in the taste profile of sake. Next, learn what is Sake Meter Value and Rice Polishing Ratio as well as about the different types of sake. Find out more about our wide selection sake here at Makoto-Ya.